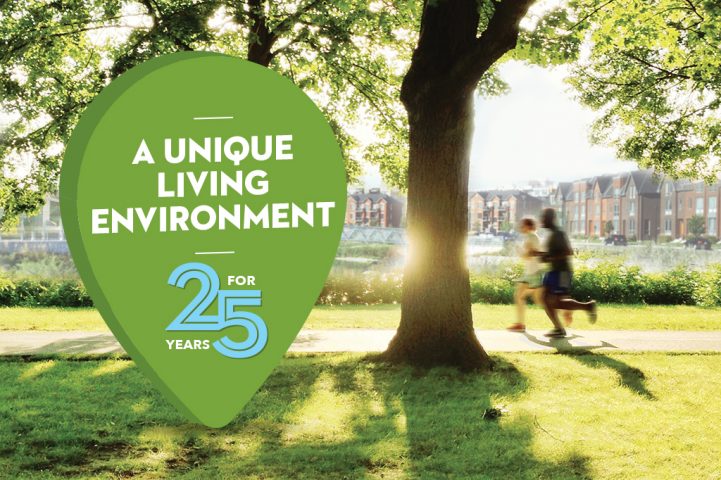 A Unique Living Environment… for 25 Years!

Since 1993, the Bois-Franc project has drawn in people of all ages and backgrounds. Singles, both young and older, as well as families have a wide selection of housing options available to them – condos and townhouses - all while living in one of the most harmonious settings. Not only is Bois-Franc attracting new residents, but current homeowners love the neighborhood so much that they are selling and then buying again in Bois-Franc, FOR 25 YEARS NOW! 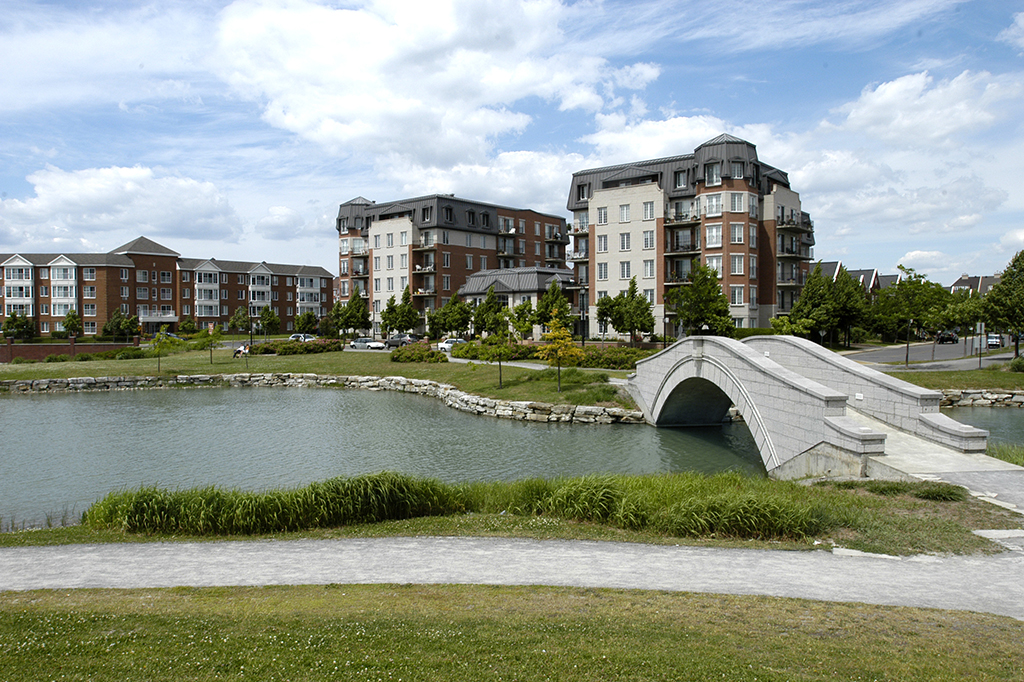 In 1986, Bombardier acquired Canadair because the runways were no longer suitable for the new aircraft. It was then that the Bombardier Real Estate Services got to work to define the new purpose of this huge area of land. The new management team brought together urban planning professionals to find viable solutions from other real estate developers and to familiarize themselves with the most innovative projects in Europe and in the United States. The innovative approach, that is “TOD” (Transit-Oriented Development), naturally became a key framework because of the neighborhood’s close proximity to the train, metro station and the highways 13, 15, 20 and 40. It was then that they called on several builders, including Montclair and Sotramont, to develop the dream neighborhood.

The Bois-Franc project is built around a distinctive and visionary development plan: a great diversity of housing to meet many different needs; the tasteful use of the finest materials such as clay brick and stone; facades without garage doors and without antennas or satellite dishes; underground cables; striking and varied layouts around parks and squares, both large and small; and – above all – an “architectural servitude.”

The Bois-Franc project is now in its final phase of development. It should certainly be considered by those who are looking for a great quality of life without leaving Montreal, in a neighborhood that will continue to beautify over time. Bois-Franc will hold a sustainable, long-term value and a destination of choice for an informed buyer.